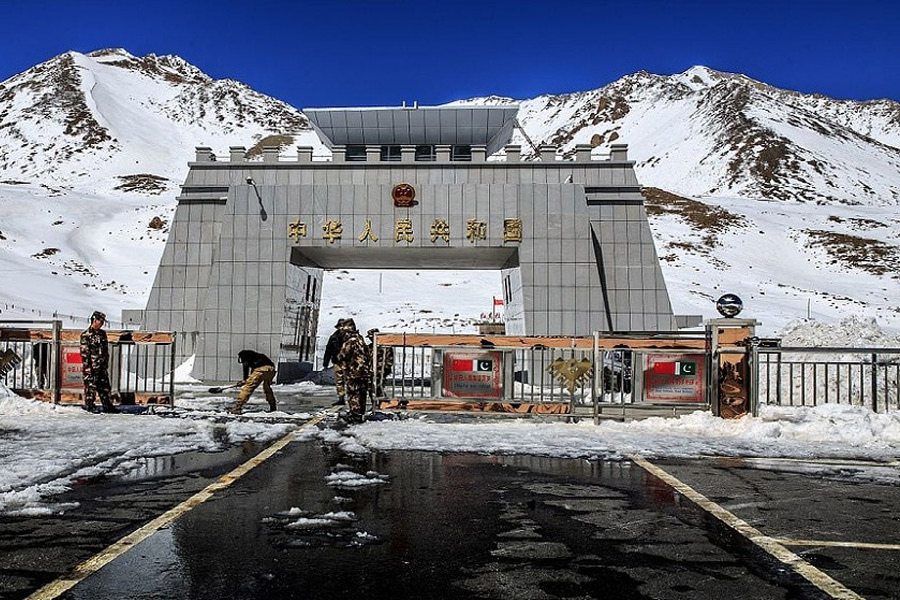 Khunjerab Pass stands at an elevation point of 15,397 feet and serves as one of the world’s highest international borders. It borders Pakistan from the Hunza and Nagar Districts in the Gilgit Baltistan region and China from the Xinjiang region. It is also the highest point on the Karakoram Highway. The famed Karakoram Highway is a 1300 km long highway that extends from Hasnabdal in Punjab to the Khunjerab Pass. As the highway passes into China it becomes the China National Highway 314. Khunjerab Pass also houses the world’s highest ATM by National Bank of Pakistan and 1LINK.

The famed mountain pass is also a prominent tourist attraction. Due to extreme weather conditions during winters, the ideal season for tourists to visit Khunjerab pass is summers. The scenic views of the mountains surrounding the Khunjerab Pass are a sight to behold. Another attraction for tourists is the Khunjerab National Park that houses a number of different species of animals. The park is renowned for Snow Leopards, Brown Bears, Marco polo sheep, the Tibetian wolf and Red fox. The park also keeps a number of bird species including the Saker Falcon, Snow Pigeon, Western Marsh Harrier and grey heron. The pass is also a common destination for a number of cycling tours. Different activities that tourists can enjoy while visiting the Khunjerab Pass include;