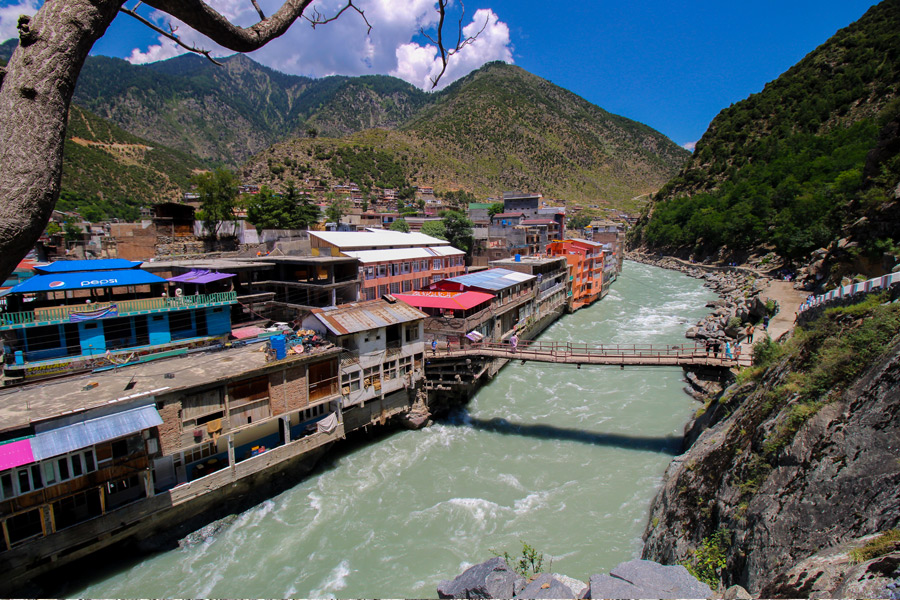 Swat is located in the Khyber Pakhtunkhwa province in the Malakand division. It lies at 3,220 ft. above the sea level and is often known as the “Switzerland of the East” because of its exquisite views of nature. It lies in the upper portion of the Swat river. The district of Swat is the centre of a rich history, culture and heritage. The area was a part of the Gandhara kingdom and has a rich Buddhist heritage that dates back to the 10th century. Up until 1969 Swat was a princely state that became a part of Pakistan after the partition in 1947.

The district of Swat is easily accessible and lies 250 km away from Islamabad and 160 km away from Peshawar. Additionally, the area is surrounded by lush green pine trees, snow covered mountains, and the raging Swat river. The weather of Swat remains extremely pleasant throughout the months of April to September. Although winters are not too extreme and mean temperatures remain around 8°C. All such conditions make Swat an ideal destination for tourists. Surrounding areas of Swat include the city of Mingora which is a major centre for commerce and has a variety of businesses including hotels and resorts.

Some of the activities tourists can enjoy while visiting the Swat valley include;

Malam Jabba is a small hill station located 40 km from Saidu Sharif in Swat Valley, KPK. It is situated nearly 51 km from Saidu Sharif airport and 314 km from Islamabad. It falls in the Hindu Kush mountain range is a popular skiing destination. Malam Jabba is also rich in its history and culture; it has two Buddhist stupas (religious places for meditation) and six monasteries. Their presence suggests settlements were formed over 2000 years ago.

The ski resort in Malam Jabba is located at 9,200 ft. above sea level and is owned by the PTDC (Pakistan Tourism Development Corporation). Skiing competitions take place at the resort during winters. The ski slope in Malam Jabba is nearly 800 meters. The highest point on the slope stands at 9,200 feet above sea level. The ski resort is an exciting destination for tourists and is equipped with zip lines, chair lifts, alpine skiing, sledging, figure skating, wall climbing, ATV, ice hockey and snowboarding. Thus proving the ultimate destination for adventurers. Malam Jabba also houses two trekking trails including the Saboney Valley trekking trail and the Ghorband Valey trekking trail.

Malam Jabba offers tourists a number of different activities including;

Different places a traveller can visit in Malam Jabba are;

Chitral is also associated with the Iron Age tribes known as Daradas. The Darada country stretched from Chitral in the west to the Kisanganga valley in the north of Kashmir. The Daradas are said to have gone to war against Arjun according to the Hindu Epic Mahabharata.